All race participants and guests receive a full-day city tour of Addis Ababa at a discounted rates. The name of this sprawling capital city means “ New Flower .”  Founded by Emperor Menelik II in 1887 and situated between 2300-2500 Meters.  Addis Ababa is one of African's largest cities, with a population of about 4 million, and it is the continent's premier diplomatic center as the headquarters for African Union. It features impressive monuments,  museums, and examples of colonial architecture, scattered among stretches of sun-bleached shacks.

The tour includes visits to:

Ethiopia has innumerable and diverse attractions, and it's hardly likely that one will be able to explore all the country has to offer in one visit. Hence, the itineraries in this section are not exhaustive but are outlined just to provide a highlight of the most popular destinations. GETTS tours range from ½ day – 11 days, however, they can be custom tailored to meet your needs, time frame, budget or special interest. To arrange an additional tour, contact GETTS.

LEGEND has it that Emperor Menelik I, the son of the Queen of Sheba and King Solomon, brought the Ark of the Covenant from Jerusalem to Axum, where he settled and established one of the world's longest known, uninterrupted monarchical dynasties. This is only one example of Ethiopian's magnificent history, which encompasses legend and tradition, mystery and fact, from a powerful and religious ancient civilization.e well trodden path through Ethiopia 's famous and fascinating historical places takes you through a scenic, magnificent  world of fairy tale names, such as Lalibela, Gondar, Axum and Bahir Dar. Historic North is accessible by road and by air throughout the year. Daily flights connect Addis Ababa, and the four historical sites, to each other.Traveling the route by plane, by car or both will offer you a glimpse into a truly remarkable past. As well as many priceless historical relics, you'll also see the castles at Gondar, the churches of Lalibela hewn out of the living rock, the mysterious giant stelae at Axum, the ruins of the Queen of Sheba's palace, and the magnificent Blue Nile Falls.

Taking the historic route north from Addis Ababa, the first stop is Bahir Dar. Situated 578 km north of the capital, accessible by road and air daily, Bahir  Dar is located on the southern shore of Lake Tana, close to the Nile outlet. Ethiopia is associated first and foremost with desert and drought – not a little  ironic, when you consider that the fertile Nile basin, on which Egypt depends, receives 90% of its water from the Ethiopian highlands, particularly the Blue  Nile River. Bahir Dar, set at an altitude of 1830 m, is a comfortable base for excursion by land and water to the Blue Nile waterfalls and a number of historic  lake-side churches and monasteries. Blue Nile Falls, locally known as ‘Tis Isat' ( the water that smokes), about 30 km after it exits Lake Tana, plunges over a 45 m high rock face to form one of Africa's most spectacular waterfalls. Lake Tana, with the surface area of 3673  sq km, is the largest lake in Ethiopia . Besides being the source of the Blue Nile, Lake Tana is renowned for its varied and abundant bird population and it for housing on its islands more than 20 monastic churches, most of which were founded before the 15 th century and are still in service! The town also offers colorful open markets, a variety of handicrafts and weaving centers, locally made canoes (tankwas) along with panoramic viewpoint nearby the Late Emperor's palace, which is an ideally point to observe the most magnificent African sunset worth a couple of hours visit.

The next stop on the historic route, with its strategic hilltop location at an altitude of 2200 m in the Southern foothills of the Simien Mountains, is the graceful city of Gondar. Gondar is the site of numerous castle-like palaces, dating back from the seventeenth and eighteenth centuries. The city was founded by Emperor Fasilidas in the 17th century and remained the capital of Ethiopia for the next two centuries. It's known for its many medieva castles and the design and decoration of its churches. Among the dozen edifices found on the  precinct of the royal compound, the earliest of the castles was created by Fasilidas himself and is still in such an excellent state of repair that it is still possible climb its stairs all the way to the roof which commands a breathtaking view over much of the city. Besides the famous palaces, the town is studded with several other points of interest, most notably; the fantastically decorated Church of Debre Berhan Selassie, with its remarkable ceiling decorated with winged angels; Bathing Palace of Emperor Fasilidas, which is used for the  annualTimkat, or Epiphany, celebrations; the abbey of the redoubtable 18th century Empress Mentewab at Qwesquam, in the mountains just outside Gondar; and the Felasha ( black Jews) village,though vacated by almost all of its Felasha occupants; it continues to make pottery in the Felasha tradition. Gondar is also the obvious base from which to stage day trips or longer treks into the awe-inspiring Simyen Mountains, who's many peaks rise above 4000 m. The Simyen Mountains National Park, containing some of the most dramatic scenery in Africa as well as quite diversified fauna and flora, is a UNESCO World Heritage Site and Ethiopia 's popular hiking destination.

Perched at an altitude of 2630 m, among wild craggy mountains and vast rocky escarpments, Lalibela is a strikingly singular town famed for its 12 th century rock-hewn churches. No matter if you've visited other rock-hewn churches in the rest of the world; nothing will prepare you for these. At the end of the 12 th and beginning of the 13 th centuries, King Lalibela of the Zaghwe dynasty built a series of rock  churches, carved into the rugged mountainsides. There are 11 churches in the town named after him, with others in the surrounding countryside.The Lalibela churches are carved below ground level and they are ringed by trenches and courtyards and connected to each other by a tangled maze of tunnels and passages. In size and scope, the church complex feels like a subterranean village.These churches are, and what they have been for at least 800 years, an active Christian shrine, and the spiritual center of a town's religious life. Lalibela is, in a word, breathtaking. Were it virtually anywhere but in Ethiopia, Lalibela would rightly be celebrated as one of the wonders of the world, as readily identified with Ethiopia as are the Pyramids, orSphinx, with Egypt . If you wander between the churches in the thin light of morning, when white robbed hermits emerge bible-in-hand from their cells to back on the rocks, and the chill highland air is warmed by Eucharistic drumbeats and gentle swaying chants, you can't help but feel that you're witnessing a scene that is fundamentally little different to the one that has been enacted here every morning for century upon century.The joy of Lalibela, the thing that makes this curiously medieval town so special, is that it is not just  the rock hewn churches that have survived into the modern era, but also something more organic, the churches breath.The mountains around Lalibela are studded with medieval monasteries and churches. Many of them are very different from their Lalibela  counterparts and can be visited as straightforward day trips from the town.The nearest of all the outlying churches are the monasteries of Asheton Mariamand Nakutala'ab that can be reached on foot or mule ride.

The northern Ethiopia ancient city of Axum, regarded as the cradle of Ethiopian culture and Christianity, is the country's oldest extant urban settlement. From around 200 BC to 700 AD, Axum was the seat of an empire that extended across the Red Sea to Arabia, traded with India and China, had its own alphabet, constructed great engineering works and which, in  the 4 th century, was one of the four great powers of the world. After its conversion to Christianity, early in the fourth century, Axum also emerged as an important religious center of the country's most important and revered Church of St  Mary of Tseyon, which, according to Ethiopian tradition, is the repository of the biblical Ark of the Covenant. Once the capital and a major religious center, it remains the site of quite startling antiquities; the 2000 years old mysterious monolithic stelae, hewn from single pieces of solid granite and carved to resemble multi-story houses, ever worked on by humanity anywhere in the world; subterranean stone tombs high enough to walk in; several palaces  including ruins of the legendary Queen of Sheba's palace and bath; special gold-silver-and-bronze currencies; multilingual tablets dating from the time of Christ – and much more besides.There are several places of interest that can be visited as a straightforward day trips from Axum most notably the ruins at Yeha , found amidst imposing mountain scenery, which is the site of the country's most ancient ruins, dating back to pre-Christianity times temple, a remarkable huge stone structure, and of a fine and richly endowed Ethiopian church of more modern times. More over the ancient cliff top monastery of Debre Damo and the town of Adwa are among the several attractive sites that can be covered within a day excursion.

Standing on the east wall of the Great Rift Valley, the medieval walled Islamic city of Harar is famous for its historical and cultural sites. The dominant features are the traditional Harari house, the childhood home of late Emperor Haile Selassie, the exciting open market that presents medley of people and culture, and the Rimbaud House named after the French poet who lived there in 1880 and the hyena- feeding ritual - where, after dark, the legendary Hyena Man feeds meat by hand - and mouth - to the wild hyenas that haunt the city's fringes. A half day excursion from Harar can be made to Babile Valley of  Marvels, situated about 30km from Harar, which is noted for amazing rock formations.

Awash National Park, situated at 211km east of Addis Ababa and astride the Awash River, is a reserve of arid and semi-arid woodland and savannah. The 827 square kilometers of the park area encompass the semi-dormant Fantalle volcano as well as an extensive area of hot  springs. The rolling game viewing plains afford for their visitors quite variety of animals and more than 400 bird species.

Africa's largest and most famous geographical feature, the great volcanic Rift Valley in Ethiopia, is home to a chain of sparkling lakes and hot springs that nestle in the depths of the valleys. The seven lakes in this region are habitats of a wide range of birds and indigenous animals. Some of the lakes are even alkaline brown, yet surprisingly ideal for swimming.The landscapes, with two dramatic escarpments, create a thrilling backdrop for so many activities.

Bale Mountains National Park, situated at 425 kilometers south-east of Addis, is one of the largest mountain parks in Africa, boasting the most extensive area of Afro-alpine habitat in the continent. It's the best place in the country for mountain walks, horse trekking, scenic drives and the chance to view, besides staggering number of bird species, many of Ethiopia's endemic mammals like Mountain Nyala and Red Fox.

Located in the remote south-west of Ethiopia, the Omo Valley is home of the most significant national parks in Ethiopia - Omo and Mago. The people who live here preserve their traditional ways of life, which have hardly changed from what they were centuries ago. ​Body scarring, lip plates, bull jumping – in different parts of South Omo, these are all a part of  their way of life. ​​

As a generous sponsor and Official Tour Company of RACE,  GETTS has prepared a tour package for our sponsors and guests. All race participants and guests receive a full-day city tour of Addis Ababa at a discounted rate (see below for tour details).​ 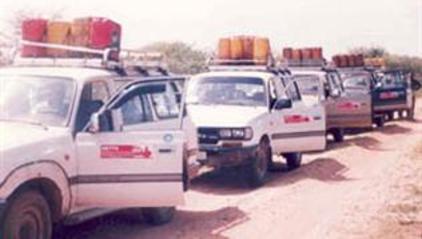 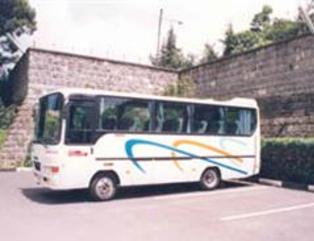 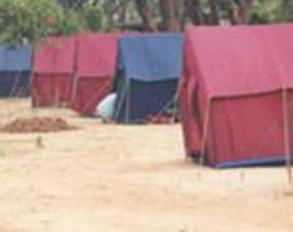