​THIS IS A DIFFERENT KIND OF RACE

We don't offer prize money, and we don’t aim for record-breaking performances.

We walk and run to make a difference in the lives of poverty-stricken and mentally challenged children.​​

Reasons All Children Endure for Ever (RACE4EVER) is a registered 501(c)(3) not-for-profit organization whose aim is to address the problem of HIV/AIDS and poverty-stricken orphans in Ethiopia. We partner with other not for profit Ethiopian organizations to increase awareness of the problems faced by orphans in Ethiopia, specifically those affected by HIV/AIDS and poverty-stricken children, and to help provide much needed support to these children.

​We are doing this by creating an annual Marathon, Half-Marathon, and 5K Fun Run in Wahington, D.C. and in Addis Ababa. The organizing committee for the event includes prominent business and civic leaders in Washington, DC as well as world-renowned elite runners, which will ensure that not only will  RACE4EVER's publicity and charitable goals be attained, but also that it will succeed in producing a world-class race event.

​Expert coach and author Jeff Horowitz, who has run over 170 marathons and ultra-marathons across the U.S. and around the world, is our race director. He will be working to ensure that the race is executed so as to maximize its public relations impact and to meet the highest standards
of the sport.

​We have chosen road racing to be the centerpiece of our mission because of Ethiopia’s history of excellence in the sport of running, the marathon in particular. From the shoeless wonder, Abebe Bikila, who won gold in the 1960 and 1964 Olympic marathons, to Haile Gebrselassie, Derartu Tulu and Kenenisa Bekele holders of many world records in running, Ethiopia’s tradition of producing road-running champions has been a source of great national pride. . 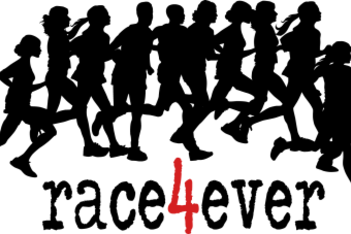